We created a countdown to the new year at firefall.com.

2020 has been a the year that somehow packed a decade of life altering events into just 365 days while also seamlessly blending each day into the next. In these grueling twelve months, we all retreated to the solitude of the places we call home and sought comfort through screens and virtual interactions. And with the constantly changing atmosphere of health and safety, we were forced to adapt in isolation.

But with the new year right around the corner and a glimpse of hope on the horizon, we can look forward to brighter days ahead filled with things we might have taken for granted.

Who knows what 2021 will bring. I would settle for a little bit more normalcy, but here’s to something better!

We collaborated with SS+K on https://lookslikeyouneediceland.com/ for Tourism for Iceland.

In the mist of the pandemic the campaign takes a therapeutic approach of letting it out by using screams. The project broadcasted live streams highlighting seven regions in Iceland perfect for letting it out, such as:

and Djúpivogur, East Iceland with a view that overlooked the residential docks.

The campaign centered around the user recording their scream, that would then be passed to an endpoint to be played back live through our designated speakers at the location of choice. The live stream feeds were provided by our collaborators in Iceland. We then captured the snippet of the live playback and leveraged Amazon Web Services to clip the recording into a branded personal video sent to the user.

The project often took us late into the night, with a few bump and screams along the way, but our team pulled together and persevered.

We had been after firefall.com, on and off, since 98’, in what seemed to be a fruitless battle. The White Whale to our Captain Ahab. At the time “Firefall” a 70’s American country rock band out of Boulder, Colorado had ownership of the domain. In 2000, we decided on firefallpro.com to match the company name.

A scant 14 years later, the domain transitioned to Red 5 Studios in 2014, when they launched the ill-fated MMORPG Firefall.

With minimalism in full effect and a wide range of exotic Top Level Domains (TLDs) to choose from we shortened the company name in 2015 to Firefall, LLC and moved to firefall.io. The .IO could be interpreted as data I/O (in/out), or just be less to type. Either way we inched ever closer to our ideal.

Little did we know, on a random day in December 2019, a mysterious figure would reach out from the shadows to inquire about our interest in firefall.com:

Mike Turner approached us stating that his company was “about to sell the domain and wanted to check in… just in case.” We were shocked to learn the site was even up for sale because after 20 years, we had all but given up. The hope of obtaining the domain from an aging band was one thing, but once a video game publisher had ownership, we assumed it was pretty much over. In response to us asking for more details:

Mike gave us his offer.

Something seemed fishy and a little research went a long way into revealing the scam. After running a simple “whois” on the domain, it appeared to instead be owned by a site called DropCatch, affiliated with the registrar NameBright. We reached out to Mike again revealing this fact and asking his relation to DropCatch.

Sadly, we did not hear from Mike or IFC-Group again. But from the generosity from your everyday scammer we were informed about the intriguing change of ownership.

DropCatch was a simplistic and slightly chaotic auction site, with listings for domains going all the way down the screen. It had a similar feel to surfing Craiglist for a cheap couch, the kind that might come with free bedbugs. This was the unlikely new owner of firefall.com.

We stalked the auction’s site for a few days. We didn’t want to start bidding right away lest we’d artificially drive the price up. Another user by the name Andrew21 was our biggest threat.

And there it was, mere minutes away and we were ready and willing to go down with the ship.

As the count down had been reset for the second time, we began to litter the Slack channel:

Time moved slowly as we waited for the culmination of the auction but we prepared for success and failure in the same way.

The original 5 minute clock stretched out only about two folds but felt like an eternity staring at the timer tick down. Luckily, by 3:03 PM we hit the minute mark and Scott, Aric, Gena and I counted down the seconds.

Silence hit for those last few moments. All of us hoping our last bid was enough to stave off any potential last minute suitors. By 3:04 everything had been decided.

We caught the great white whale we had been chasing for the past 20 years. All thanks to a poorly executed scam. In the words of Captain Ahab, “All my means are sane, my motive and my object mad.”

We recently received a request from Todd Greenberg of tbgdesign4u.com regarding our illiteracy contest due to our satirical commentary of his website. To comply with his request we’ve removed all references to his site from the offending post.

It was rather unfair of us to poke fun at his site, instead of just clearly laying out what qualified him for our “illiteracy award”. So, to be fair we’ll explain exactly what happened.

We’ve had numerous problems in the past with receiving unsolicited requests to Craig’s List job listings that we post. Thankfully they provide a flag that lets us identify the post as one that should not be contacted for commercial interests. Unfortunately that flagging goes ignored by some.

To help reduce the amount of spam we get, years ago we instituted a policy where in the bottom of each job post we warn anyone that contacts us about something that is clearly a solicitation and not an application that we’d take action. We even provided examples of what would happen incase there was any ambiguity.

Thus began our Illiteracy Contest. Named that way, because not only would the respondent have ignored the Craig’s List flag, violating their terms of use, but also not understood meaning of the post itself. In addition they’d have to ignore the stern warning at the bottom.

Todd Greenberg of tbgdesign4u.com was one of several entities that contacted us through a Craig’s List job post and offered us commercial services. The exact kind of services flagged against in the post and listed out in the warning at the bottom.

So, if you’re looking for commercial website services, such as SEO, and other web related design, check out Todd Greenberg of tbgdesign4u.com. Also if you have a moment, google “tbgdesign4u.com forum” and take note of the forum posts and profiles that have links back to his website. I believe thats what SEO people call “relevance building.”

We hope Todd Greenberg of tbgdesign4u.com can help you, just like he tried to help us by responding to our post.

As some of you may know, we here at Firefall hate when people don’t read. We especially despise those who solicit us even when we explicitly say not to. So without any further ado I present the winners of this round’s illiteracy contest: 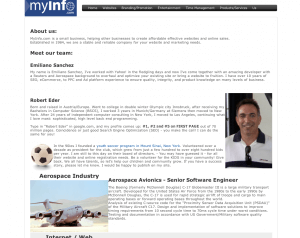 Our first winner is Emiliano Sanchez of Myinfo.com. Emiliano writes us explaining how he’s, “a real person, trying to make a sincere dollar”. I’m assume he means by spamming Craig’s List. I think his website alone serves as a good enough deterrent.

That soccer ball is animated. No really it is.

Honorable mention goes to 369 Interactive Solutions, they’ve got a mostly broken website but their letter wasn’t a mine field of misspellings, just a variety of font sizes.

I’d like to thank everyone that participated in our illiteracy contest. Matt pointed out that we should put up more Craig’s List ads just to get more of these excellent submissions.

HTML5 video and audio can be endlessly frustrating to get working properly across all platforms. To further complicate matters there is more misinformation out there than definitive resources. This problem isn’t much different than JavaScript where there hundreds of thousands who can write JavaScript, but there must only be 10 people in the world that really understand it.

An important step in serving HTML5 audio and video is serving the files with the correct MIME type. To add them to an Apache server, use the AddType directive in a .htaccess or directly in a Virtual Host file. The following example assumes separate .htaccess files for each:

WordPress auto update has never worked properly for us and we’ve been forced to do them manually. After doing a bunch of manual updates to 3.1, I noticed 3.1.1 was available. I was not ready to manually update them all again and went in search of a fix.

Most forums contained awful solutions, like setting permissions to “777”, or increasing the max execution time, all things you’re not supposed to do. Some blog posts offered more reasonable solutions, like removing the “/wp-content/”upgrade folder. I finally stumbled across one that mentioned WordPress not working properly with Pure-FTPd, but their solution was to switch the FTP server to ProFTPd. They hinted that WordPress is trying to access incorrect paths via FTP, which was confirmed by looking at the FTP log.

I hoped that changing the FTP_BASE would fix the problem, but that didn’t help. Nor did clearing the upgrade folder, or the ill-advised increasing max_execution and memory_limit. Unwilling to switch the FTP server, I searched a little longer and finally found a real solution in the form of a plugin, FTP Upgrade Fix. Supposedly this fix will be included in WordPress 3.2, but why it hasn’t already is maddening.

Since installing the FTP Upgrade FIx plugin we’ve been able to update at least 6 blogs without any problem.

Several years ago we came up with a solution for “full window” Flash that maintains a minimum width and height, without requiring JavaScript in modern browsers. Thanks to the feedback of several users we restored Chrome compatibility. At the same time we simplified the CSS, created a landing page, hosted example, downloadable package, and re-certified it in all major browsers, even IE 5.

In our testing we also came across swffit and SWFForceSize. Both of these JavaScript only solutions can be replaced by ours in most cases with better compatibility and less fragility. Our solution primarily relies on CSS, and only uses JavaScript in IE 6 or less.

The original article “Full Window Flash (With Minimum Dimensions), Done Right” is now it’s own page. The original article is still useful for a procedural explanation on how we came up with the solution and what each part of it does. The inline examples have not been updated to reflect the new code, instead refer to the standalone page. 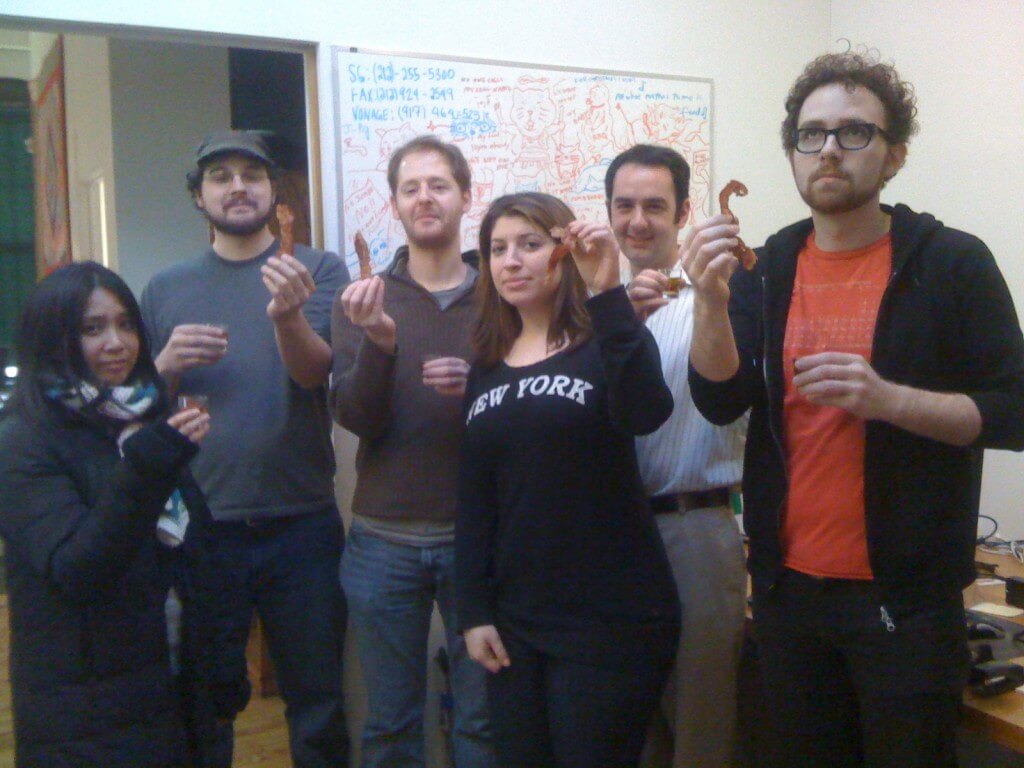 Whether you liked cats or not, it was impossible not to be touched by something that was more human and endearing then most people you’d meet. He existed as living metaphor for the good life we wished upon ourselves. He held a special place in our hearts and will never be forgotten. 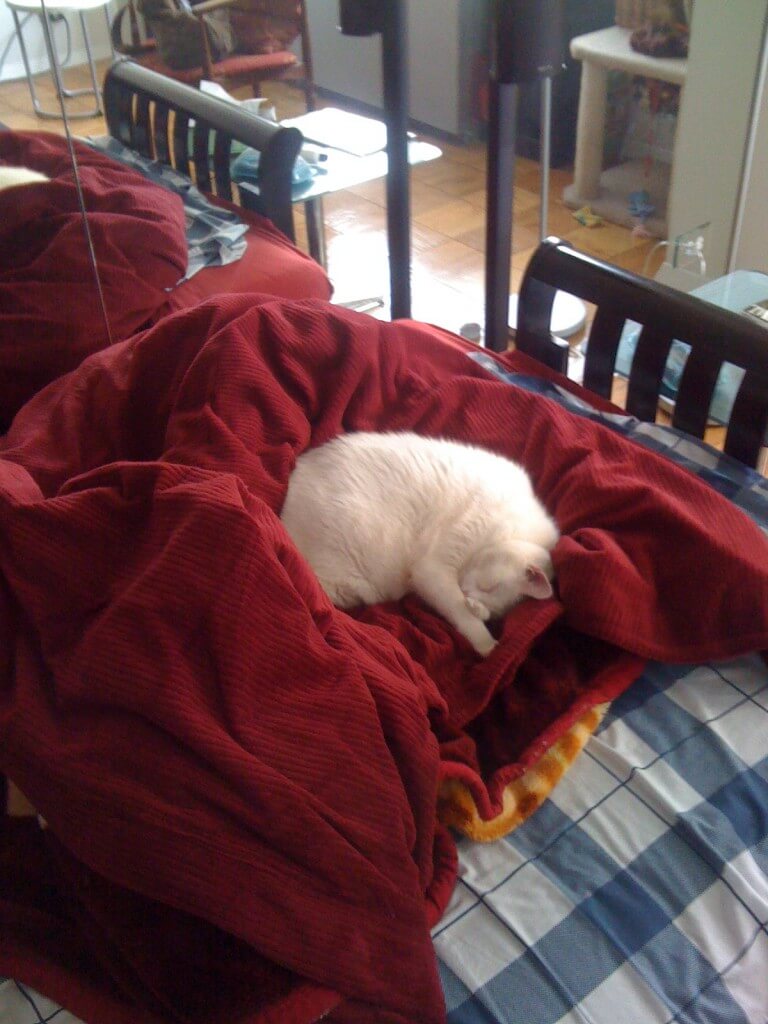 Just incase you ever need to rejoin a “._*” AppleDouble resource fork file back with its data fork use FixupResourceForks to create a normally forked AppleSingle file. This can happen when you move files from a volume that does not support resource forks, which is just about anything that isn’t HFS+, back to a supported volume. FixupResourceForks is installed along with the Xcode Tools, but informal testing shows the binary will work without the tools installed.