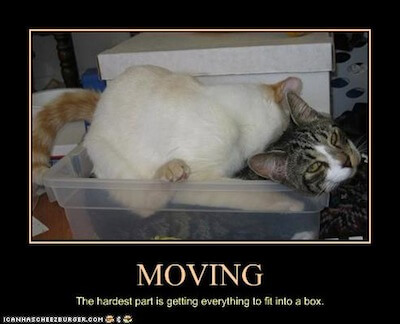 At the end of May, Firefall moved from our Chelsea office to 88 Pine, nestled on the East River waterfront in the southern tip of Manhattan. It was an arduous task to relocate all the Nerf guns, alcohol, and computers (including a collection of ancient Apple products that would have made Steve Jobs jealous), but we pulled through somehow. Even the severe rain and biblical flooding could not stop us from reaching our destination!

The new location offers a bevy of modern conveniences such as “personal space,” “windows,” and “air conditioning.” Another advantage is our increased available personnel capacity—the days of playing musical chairs in a small enclosed room are finally over! 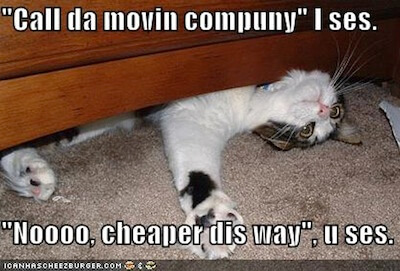 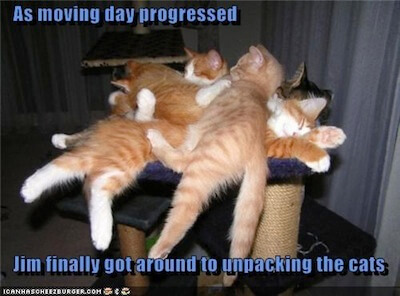 We will miss many things about the Chelsea neighborhood and the building, such as eating at Johnny’s Luncheonette and occasionally being trapped in the old office elevators; however, the breathtaking views and unlimited free drinks will help us through this tough transitory period.

Things are heating up!
-Firefall Team

Early last week (June, 6th) I was trying to make a Genius Bar appointment at the 5th Ave. Apple Store. Normally I cannot make one any sooner then a day away, but this time I couldn’t make an appointment at all, for any day. Instead I was prompted to check availability at other Apple Stores. The only available slot was at West 14th St. for some time Friday night, which I was not ready to sacrifice. This implied virtually no availability at any of the Manhattan Apple Stores for the next three days, aside from that one inconvenient slot. Only a few weeks prior I was able to make an appointment with selection of times to choose from, without even having to consider other stores.

While I found this odd, I assumed it must be related to the 4th of July weekend that had just passed. I tried again on Tuesday morning and didn’t find any open slots. It prompted me to check stores outside of the city. A second attempt was made that evening with the similar results. Not until Wednesday was I able to make an appointment in one of only two available times-slots, across all 3 Manhattan stores.

When I went in for my appointment I offhandedly asked if this was an issue of staff on vacation. I was instead told this was the result of a significant reduction in the number of Geniuses. This came as a surprise given the recent release of the iPhone 3G S and the large queue of people downstairs waiting to buy one. I speculate that this is recent and the stores have done their best to keep things quiet, though this could be a continuation or result of announced layoffs a few months back.

While I don’t suspect this will impact the overall quality of service, it does make it more difficult to get it in a timely manner and throws out any possibility of walk-ins. The whole concept of the Apple Genius as a manner for accepting repairs and troubleshooting is nothing short of a luxury when compared to the mail-in alternative. Hopefully this is just a short term cost saving tactic for the summer and not a sign for things to come.

Here’s a quick and dirty way of accessing the subway map on your iPhone.

Safari to the MTA’s Subway Map:

Save as a bookmark, and you’re done.

Remember that you’ll have to load it up prior to using the subway as you’ll lose connectivity. Just load up the page, then open a new browser window so you can keep the map cached.

I’ve found that browsing the map was even easier by stripping out the the MTA’s top banner and navigation bar on the left. So I saved the map (which are 2 gif files), and created a webpage that loaded just the gifs. I then placed it on my server which I can use whenever I want. I’d make the link public, but the map is probably copyrighted, so you should make one for yourself.

Last week was Manhattanhenge and one of our clients Catherine Steinmann took this amazing composite photo of the phenomenon: 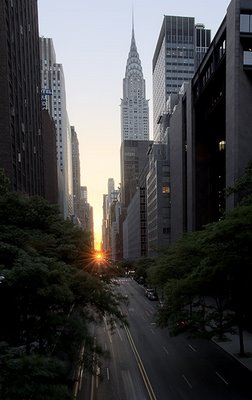 I was biking to work this morning along Madison Ave., and passed a Ralph Lauren store actually handing out free coffee. I think if I was walking I probably would have picked some up. Nevertheless it was surprising to see, that and the street nearly devoid of cars.

So yeah, they decided to strike according to NY 1. Here I am, still at work. Haven’t slept yet. It’s probably a two hour walk home.

At least I can make some coffee.

P.S. I’ll take pictures of the mess in the streets if I get a chance.

So they may have a transit strike. So what, I’m working all night anyway. Ha, that will teach them.

P.S. For those who depend on mass transit, which I normally do, please consider demanding that “Union Square” be renamed “Right To Work Square.”