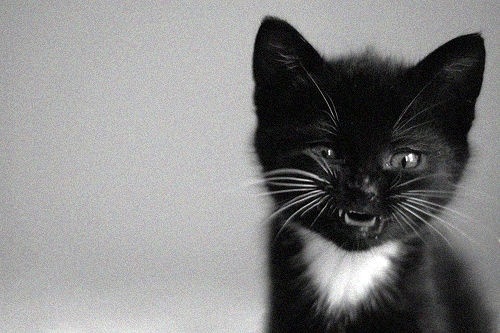 For those of you unaware, life as Jess Tayts The Project Manager is stressful. Lots of irregular sleep patterns due to all-weekend Phish festivals, lots of Project Managing-esque jobs to tend to, and on top of all of that — lots of tormenting and an unusually large display of hate from Scott P. You may wonder who this “Scott” character is; to many he’s an anomaly, to others (by “others” we mean Jess) he’s the equivalent of Jewish hell if Jewish hell were in existence.

If we had to describe this “Scott” guy more accurately, we would plaster his face on the head of a feisty cat whose owners neglect to feed him. Lack of food equals lack of affection. Occasionally, Jess attempts to feed him in an effort to loosen him up and prevent him from lashing out on her. Sadly, her efforts are futile.